Harvey Mackay, the New York Times best-selling author of “Swim With The Sharks Without Being Eaten Alive” once coined a phrase  “Time is free, but it’s priceless. You can’t own it, but you can use it. You can’t keep it, but you can spend it. Once you’ve lost it you can never get it back.”  Isn’t that the truth! The other evening, I was in Zoom meeting that seemed to go on for an eternity. Towards the end of the meeting the discussion started to go round and round in a hypnotic spiral. My finger hovered over the “Leave Meeting” button on my Ipad  while I wondered whether my departure would be conspicuously announced with Zoom proclaiming I had left the meeting or, would it look like I had dropped out due to a bad broadband connection. After the meeting I ruefully reflected that I would never get the last two hours of life back.

Time is a fickle thing; it drags it’s knuckles in the dirt when one wants things to go faster. Conversely it rampages ahead like a demented Roadrunner when you want time to slow down usually when you’re catching those last possible 10 minutes of stolen sleep-in before the mad Monday morning rush.

I have been having insomnia over the last couple of weeks. Initially I was going to sleep quickly but then waking in the early hours of the morning, wide awake and worrying over petty things, constantly looking at the time on my phone, an activity which seem to be accurately punctuated, in half hour intervals. I get imprisoned between wishing time would hurry up and wishing for more time in which to sleep. Cruelly I slip into a deep sleep not long before the alarm kicks in.

Time can be very fickle when you’re going through an unpleasant procedure, like a colonoscopy. You’re vaguely aware of invasive discomfort but, because of the welcome sedation that goes along with the procedure, time is lost in a vortex that you try and bury in the depths of your memory bank somewhere dark where it should remain.

2020 has been a fickle year timewise. The initial lockdown, which until recently felt like yonks ago, now feels a lot closer, as we are going back into the all too familiar alert levels. With these alert levels, comes the feeling of uncertainty and angst, with the realisation that the pandemic is going to be around for some time.

We’ve had a hard time of it lately.  This last this week, Brendon Tarrant who pleaded guilty in March to of dozens of counts of murder and attempted murder and one count of committing a terrorist act in connection with the massacres in Christchurch has had his sentence determined.  Since Covid 19 seeped is way into Godzone  Aotearoa it has caused 22 deaths since March this year, which is, of course,  grim and unwanted. It’s not nearly as grim however as the death toll that Brenton Tarrant racked up in less than an hour, of 51 people.  It’s going to take time to recover from both the massacre and Covid 19.

Yep 2020 is socking it us all –and in some ways you can’t help but hope that Old Father Time could zip into fast motion and relieve us all of it. Cos if 2020 was a Sesame Street episode I think we could all agree it’s tagline would read:

Jonny Wilkinson is the CEO of Tiaho Trust – Disability A Matter of Perception, a Whangarei based disability advocacy organisation. 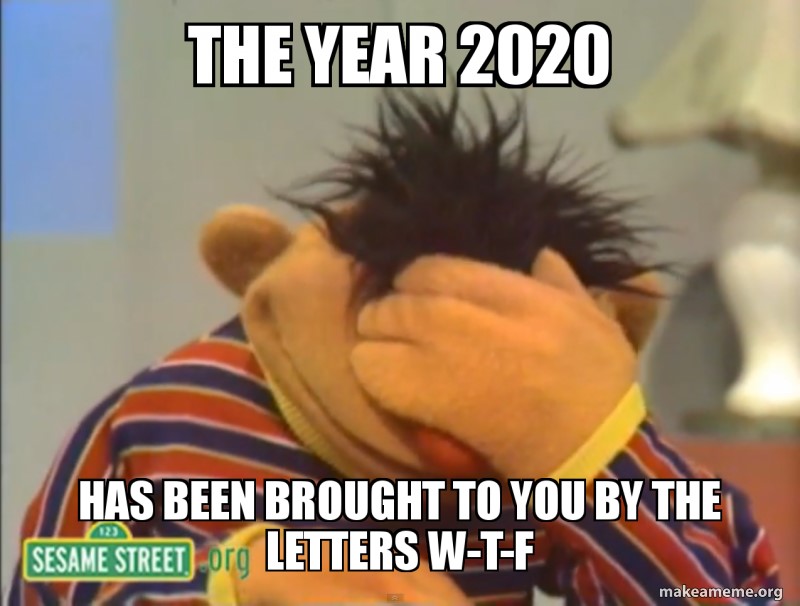